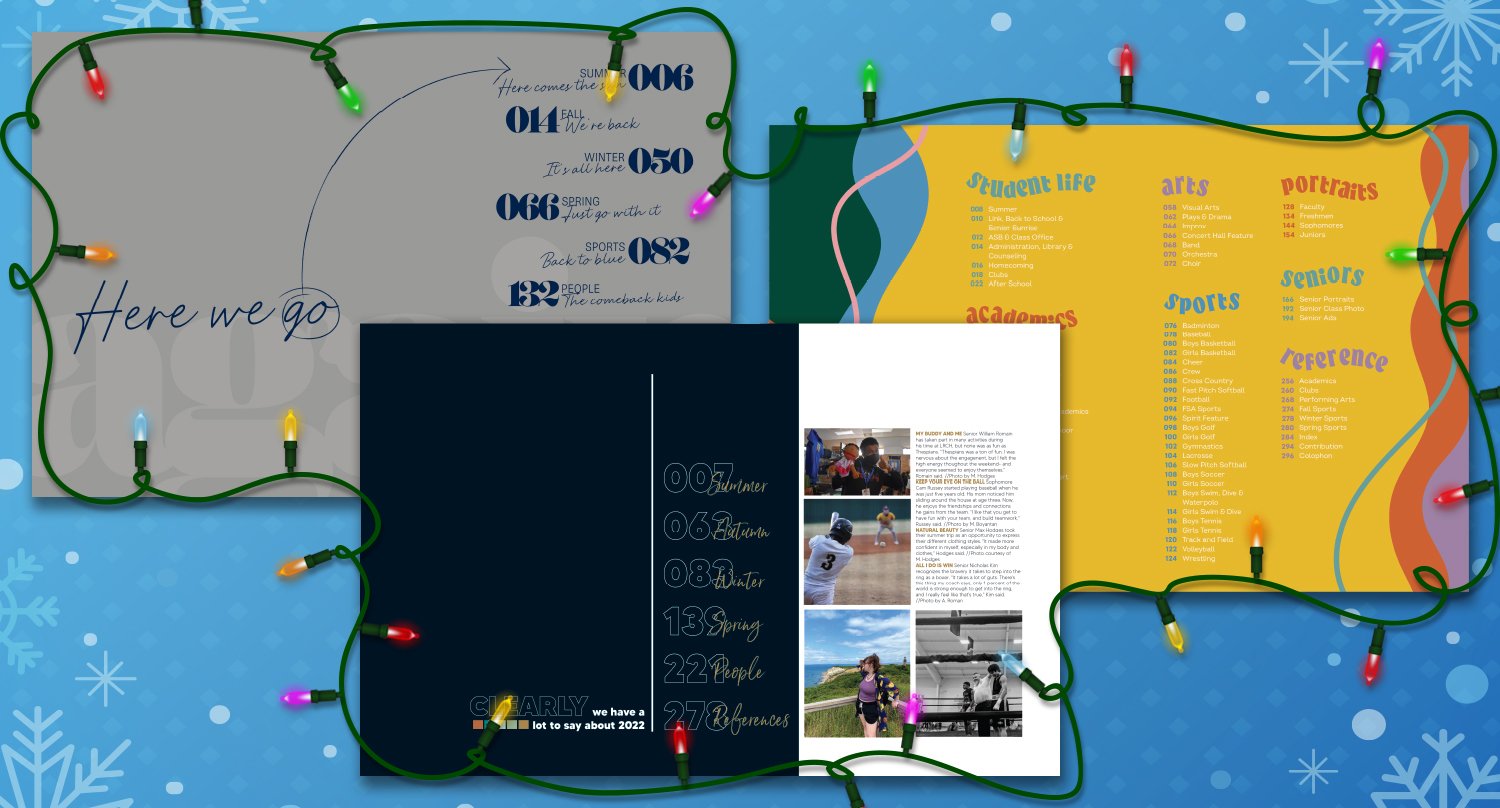 ...Really Do Have Something in Common
In most grocery and department stores, Christmas decorations are up before Halloween has even passed. A few might wait until November 1, like Starbucks who unveil their Christmas cups then. As you drive through your neighborhood, yard decorations and lights slowly go up around the week of Thanksgiving, and by the first or second weekend in December some areas begin to resemble The Great Christmas Light Fight TV show.

The one thing all these decorations and lights have in common is a theme. In some neighborhoods around the country each street has a different theme. But the bottom line remains the same: they have a theme.

And yearbooks are no different.

You’ve probably all heard the main areas where you develop your yearbook theme: the cover, title page, opening/closing, division pages and end page. Sometimes, however, the endsheets get overlooked.

The endsheets are one of the best places to develop your theme and incorporate the table of contents. As a side note, you don’t have to label it as the table of contents, just include the information. You’ve introduced your theme on the cover, but you can really begin to dive in and give the reader more insight on the endsheets by using photos, design and typography.

“Live from 609” was the theme for Houston’s Incarnate Word Academy’s 2022 book. The endsheet was a full-bleed photo of a group interview with the big fuzzy microphone in the picture. The staff repeated the cover graphic and added the contents. The microphone in the photo helped portray the “live” part of the theme and 609 is the address of the school, often used as a nickname.

In 2018 Glacier Peak High School in Snohomish, Washington used “In the Know” as their theme. To help their readers, they used color as a graphic for each section. With a die cut and a short trim on the endsheet the reader could easily identify, or know, what color designated each section.

Similarly, in 2022, Suncoast High School in Riviera Beach, Florida, used colors, lines and a play on words through their yearbook sections to connect with their theme “Serendipity.” The cover graphic repeats on the endsheet using tinted tones of the theme colors. The phrase Dip Inside, used an exclamation point as the “i” like they did on the cover; however, they took it one step further with the verbal/visual idea by placing the sections and page numbers inside the lines. Using words to deepen their 2022 theme, “The Opposite of Blah,” Pearland Junior High, in Pearland, Texas, covered the endsheet with words and phrases that were antomyms to blah. They also included typography and colors from the cover. 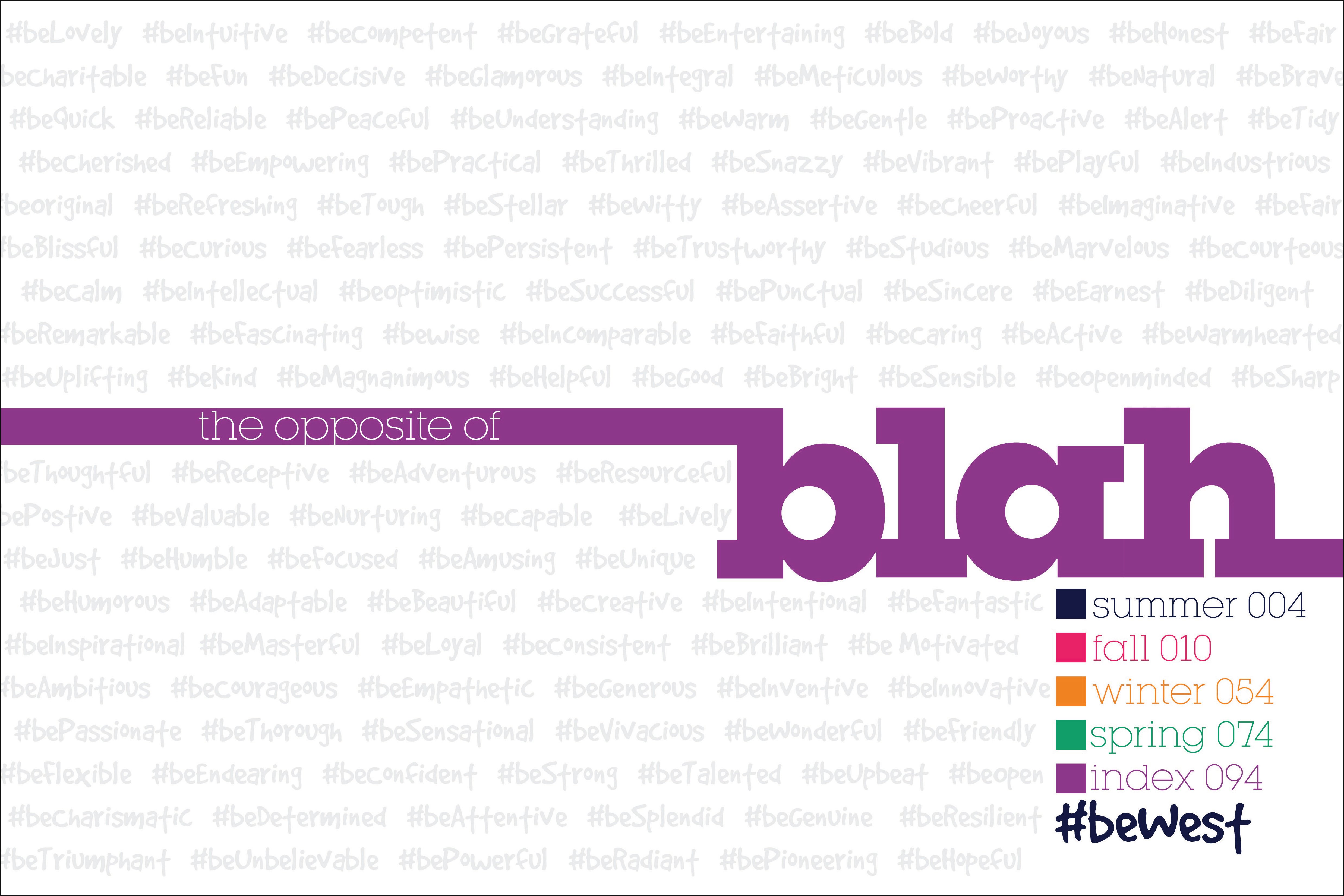 Use the endsheets to your advantage.
The main idea is not to overlook the endsheets because - unlike those Christmas decorations that are taken down (eventually) - yearbooks are forever.