What does a top-notch yearbook class look like? Not what most evaluators think.

It’s walk-through time, and as an official evaluator, you’ve got to make the rounds through a publications class. This is the group that publishes the yearbook, runs the online newspaper, compiles a magazine and sometimes produces the weekly announcements.

The room looks like Grand Central Station. Students are coming and going, some are on computers, and some are making recordings. Others, gasp, are on their phones. Still others are gathered around the teacher’s computer with the instructor giving a quick mini-lesson.

You look at the white board and instead of having the state-mandated goals displayed, the teacher has deadlines, photo and video assignments posted.

Guess what, evaluator. You just walked into a top-notch yearbook room. 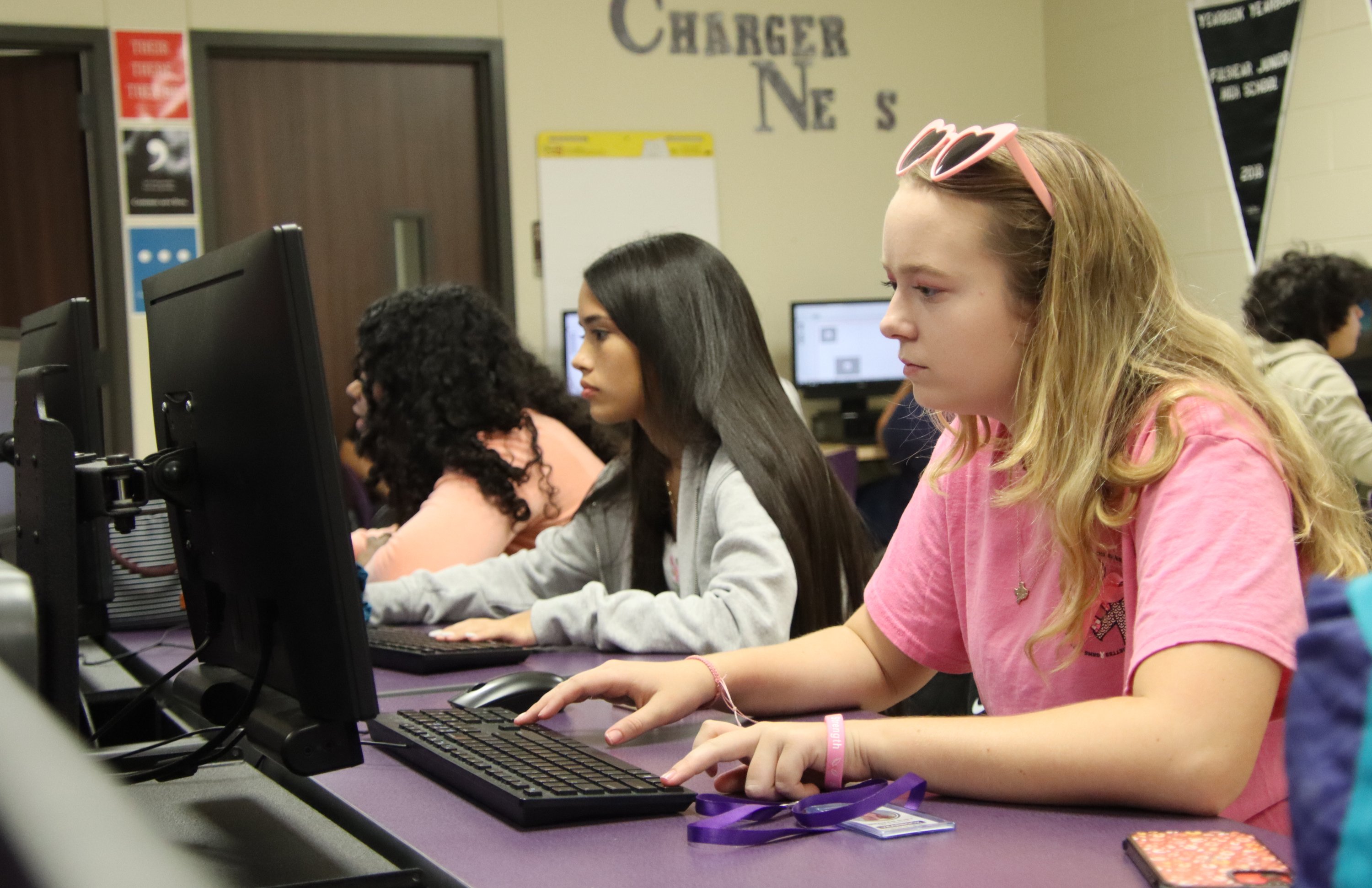 Staffers in the Fulshear High School yearbook class have to work on a variety of objectives to complete the yearbook. Staffers Aaliyah Jones, Marian Araju Pirela, and Meghan Sury are designing spreads for different sections in the yearbook.

In a well-oiled publications class, these are the checkpoints you should look for:

- Collaborative learning. Staffers in a production class have to collaborate. A video requires a reporter and a videographer. A yearbook spread requires photographers and writers. An online posting often requires input from two or more staffers.

- Individual workers. Staffers are all working on different assignments. In yearbook class, one student might be working on typing up captions. Another would be Photoshopping images. Still another might be leaving the room to talk to a player or coach about last night’s game. This is acceptable, productive behavior.

- The noise level. Production classes are often loud. That’s because there’s a lot of moving parts. They are reporters, videographers, photographers, writers, and graphic designers. They’re comparing and contrasting their work out loud, seeking input from other staffers and the teacher.

- Cell phones are often necessary. Cell phones are part of the reporter’s arsenal. Staffers will record interviews and transcribe their notes in class. Often they will text someone for clarification on a quote or a score. Others might be listening to music from their phone because quiet is often hard to find in a production class. Today’s cell phones can take a high-quality photo and a cell phone is the only camera a staffer may have.

- Moving parts. Students will be coming in and out of the room. They’re leaving for an interview, to film a segment, to cover an experiment in science class, a wood-working project in the construction trades room or documenting how the culinary arts students are making cakes that day.

- What’s posted. Posting assignments is vital for all production classes, and there’s often cross-over. A varsity football game requires reporters, videographers and photographers. Knowing where to be and when takes precedent over posting an objective the teacher has covered in his or her lesson plans.

- Student leaders. In each production class, there are directors and editors. Publications instructors are teaching students how to be effective leaders, and that means these editors often run the show with the adviser observing. Just because the teacher isn’t leading the assignment doesn’t mean he or she didn’t lay the groundwork. 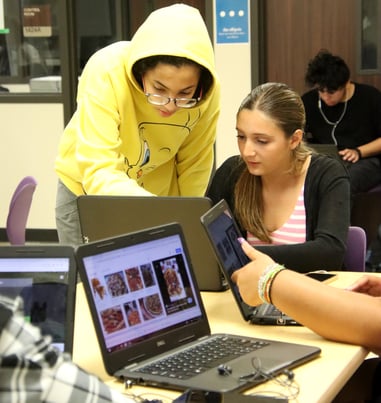 Fulshear High School yearbook staffers Ayah Oraikat and Chiara Scandura are often working on different aspects of the yearbook, from cropping photos to writing captions. Staffers are discussing the best way to design spreads for the yearbook.